My Experience With Dr. Gonzalez 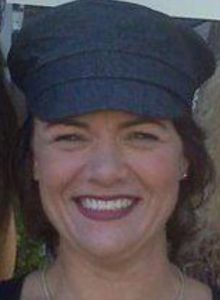 My name is Karen Ruby and I too had a very bad experience with Dr. Gonzalez that I wanted to share with you. You have my permission to share it with others. I wish I saw your website before all this happened.

I had a foot almost severed in a horseback riding accident July 10, 2010. The capable Dr. Hinen at Riverside Community Hospital performed the emergency surgery to reattach my foot.

Thereafter I was sent to Dr. Gonzalez.

My situation was complicated. The area was infected, I was on intravenous antibiotics and had almost lost my foot completely.

He was the same every time.  Dr. Gonzalez was unwilling to elaborate on any answer he provided and openly impatient. If I asked a follow up question, or asked for clarification, his face would contort into a look of disgust.

To elaborate was to be tortured with hot oil to him.

He scolded me often if I dared to ask him a follow up question and once made a vulgar inference on one in front of my mother when I was having one of my numerous casts removed.

Once, I heard a guy yelling at Dr. Gonzalez and thought “gee that is a weird guy probably”. But after 8 months of being spoken to in the most condescending manner I had ever experienced in my life outside of an ex-husband, I had too had enough.

I know why he got yelled at by that guy in another room. Dr. Gonzalez is a total a hole. ITS NOT JUST ME.

Dr. Gonzalez sent me to the pain management doctor at Orthopedic Medical Group as my injury healed. After it healed, I stopped taking pain medication escalating and physical therapy was not helping. I made an appointment with Dr. Gonzalez and told him I was in a lot of pain.

He blithely mentioned I am getting arthritis. Little did I know then I had been rapidly losing the cartilage in my ankle and it was bone on bone. I asked him to prescribe some pain killer for me, enough to get by until the my already set appointment with the pain management doctor in a couple of weeks.

Dr. Gonzalez stated, “No. I told you last time I don’t prescribe pain meds,” which is false. Last time I saw him, he wrote a prescription for pain meds I did not ask for and said nothing about “this is the last time.”

I dared to provoke him by saying thus.

After feeling very frustrated by 8 or so months of being treated badly and in serious pain, I stated in a polite manner ” Dr. Gonzalez, you don’t listen to me”. Well that was all it took for him to become so mortally wounded that he crossed his arms sarcastically and said, “Well, then since I don’t listen to you, I can’t be your doctor anymore, right??”

And with that he left the room and wrote in my PERMANENT MEDICAL RECORD that I was angry that he wouldn’t give me drugs.

The result: I was forever unfairly labeled a drug addict to any doctor I met in the future. He assailed my integrity as a person to every doctor that ever reads my medical chart.

I have never been nor, have I ever abused pain pills.

How do I know he did this damage? I kept my appointment with the pain management doctor and he refused to give me any pain meds stronger than ibuprofen.

Within a few days of that, I was on Dr. Prabu Dhalla‘s table being diagnosed with SEVERE ARTHRITIS.  I had an ankle fusion less than 90 days later, due to the severity.

Dr Gonzalez never even mentioned arthritis or the cure for pain offered by an ankle fusion because he can’t be bothered to listen to his patients. We are crap to him.

He is easily the worst Dr. in Riverside. His staff was nice but did take at least 3 days to get back if I ever had a question. His nurse was not Kathy, it was someone else. Yes, waits were up to and beyond an hr.

I love your website. I hope more people read it. Thank you for vindicating me too. It’s not me that has a getting along problem. It’s Dr. Gonzalez.