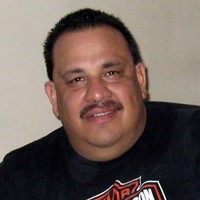 “I feel that the care given to my son while under your care was pathetically minimal. There did not seem to be any concern about having him treated in a timely or proper manner. Perhaps this was motivated by financial compensation. The longer he remained a patient the longer you would receive payments or maybe it was just an attitude of not caring about the patients well being.”

Below is an archived conversation between myself (Paul Lowry) and Angel Rene Moncada Jr.’s mother that I was able to find as I was cleaning some old computer files. I must have been able to make a copy of this prior to removing PHPBB.

While you are welcome to ready the entire correspondence, including the letter she sent to Dr. Sunny Uppal of Orthopedic Medical Group of Riverside, the highlights are:

While my problems were with Dr. John Gonzalez at Orthopedic Medical Group of Riverside, I believe that each of these doctors are unethical and as such find solace in the company of others like themselves.

Below is the correspondence between Angel Rene Moncada Jr.’s mother and me.

Thank you so much. I have a letter than I have written to Dr. Uppal and I am sending copies to Zenith Insurance, my son’s attorney and the Medical Board of California. Someone needs to do some investigations into what is going on. I spoke with Robby Bell who is an x employee of Budway and he said that many of the drivers that were sent to the medical group had complaints but I guess they did not voice them. I will get this out to you as soon as I can. Thank you for your support with your website.

The letter his mother sent to Dr. Sunny Uppal at OMGNET.com

I find that I must write this to you regarding my son, Angel Moncada.

Angel was injured on the job and filed a notice with his employer, Budway Enterprises. The owner is the type of person that feels that everyone is after his mighty buck and unfortunately refused to accept the workman’s comp claim until after Angel hired an attorney and 3 months later an MRI showed a shoulder injury and injury to 2 of his disks.

This means that medical services were held up. He was then sent to your office to be seen for these injuries. This was in June of 2009. At every visit he was made to wait 2 to 3 hours to be seen despite the fact that he found it very difficult to sit that long with his back injury and made that known to your office staff. They didn’t seem to care.

He received some physical therapy on his back but it did not help. The physical therapy sessions were scattered so far apart that there was no way that it was going to help. You told him that his back problem was not operable. There are also other methods of treatment that do not involve surgery. None of these were offered to him. He went without back therapy for almost a year. You did however mention epidurals to ease his pain. There was a long gap between the time you suggested this and the time Zenith issued authorization.

Zenith authorized epidurals to be given in April of 2010. Every time Angel went into see you, you would ask how the epidurals were working. And every time you asked, Angel would tell you he had not received any yet. Then in October of 2010 he received a copy an authorization that had been issued in April and was contacted for his first Epidural. Unfortunately he was in the hospital extremely ill when he got notice that his Epidural injection appointments were made and for him to come to the surgery center on the 6th of October. I called to notify the surgery center that he was in ICU in the hospital.

In regards to his arm, after receiving 12 therapy sessions it was decided that he would need surgery on his shoulder. This was 9 months after the injury. The surgery was done as an outpatient. Two weeks after the surgery the staples were removed and physical therapy was begun. Right after the second therapy session the incision opened and started bleeding. You told him to discontinue the physical therapy until the wound healed. This took a few weeks. Unfortunately the physical therapy did not start up right away and if I am not mistaken took about 2 months. I had some concerns about the arm not getting exercised and the fact that it may freeze up on him. That is exactly what happened. He never did get full use of his arm and he continued to have pain that was strong enough to wake him up at night when he moved his arm. He stated that he was in more pain now that before the surgery. Since physical therapy was held up for so long, not only did it freeze up and he was told by the physical therapist during an evaluation that the muscle appeared to be atrophied. The scar ended up being 1 inch wide and about 3 inches long. There was no muscle tissue under the scar and when he held his arm straight out you could actually see a hole where the scar was and it seemed as if you could feel the bone through the skin tissue. He never got full use of his arm back and like I said before, the pain continued. However, every time he went in to see you, you would say that the arm looked good. Even though he would tell you that he could not use it and continued to have pain.

Angel passed away on October 8, 2010. A year and a half after he started his workman’s comp claim.

Had we known, he could have gone to see a physician sooner and they might have found that he had an e-coli infection. While in the hospital it was determined that he had e-coli sepsis. In the hospital ICU he was so unstable that they were not able to do an MRI with contrast to find the exact location of the source of the infection. Had they been able to find it there may have been a different out come?

The death certificate said Respiratory failure as primary and secondary was e-coli septic shock, Etiology unknown, lung failure; kidney failure and liver failure. However while speaking with one of the physician’s he said that e-coli infections usually come from the intestinal tract. And that there was a possibility that the intestine may have burst and this is what caused the Septic Shock. He developed ARDS and in turn suffered failure of his lungs, his kidneys and his liver.

I feel that the care given to my son while under your care was pathetically minimal. There did not seem to be any concern about having him treated in a timely or proper manner. Perhaps this was motivated by financial compensation. The longer he remained a patient the longer you would receive payments or maybe it was just an attitude of not caring about the patients well being.

I work in the medical field and in fact do physician credentialing. I verify all aspects of the information submitted by the physician.

It worries me that you would be so blasé about the patient’s timely treatments. I also found a website where other people have complained about the time they have to wait in your office and the non-caring attitude of some of the physicians and staff.

Does Zenith know about this? I would hope that if they did that they would have made arrangements with your office to correct this injustice to their members. A patient’s time is just as important to them as yours is to you. If a patient comes in 3 hours late would you still see them? I doubt it very much.

What concerns me now is the treatment of future patients.

Angel was considering a medical malpractice law suite against you but since he is now deceased that will never come to be. The Medical Board needs to be aware of what is going on in this medical facility. Unfortunately as I view the MBOC hotsheet monthly, I realize that there are many physicians who do more harm to their patients than to help.

You need to do some very deep soul searching about what you do.

The following is a reminder of a portion of the physician’s oath.

Read it, not one, not twice, but every morning before you start your day to remind you why you are there and why you studied for all those years.

“I swear to fulfill, to the best of my ability and judgment, this covenant:

I will respect the hard-won scientific gains of those physicians in whose steps I walk, and gladly share such knowledge as is mine with those who are to follow.

I will apply, for the benefit of the sick, all measures which are required, avoiding those twin traps of overtreatment and therapeutic nihilism.

I will remember that I do not treat a fever chart, a cancerous growth, but a sick human being, whose illness may affect the person’s family and economic stability. My responsibility includes these related problems, if I am to care adequately for the sick.”